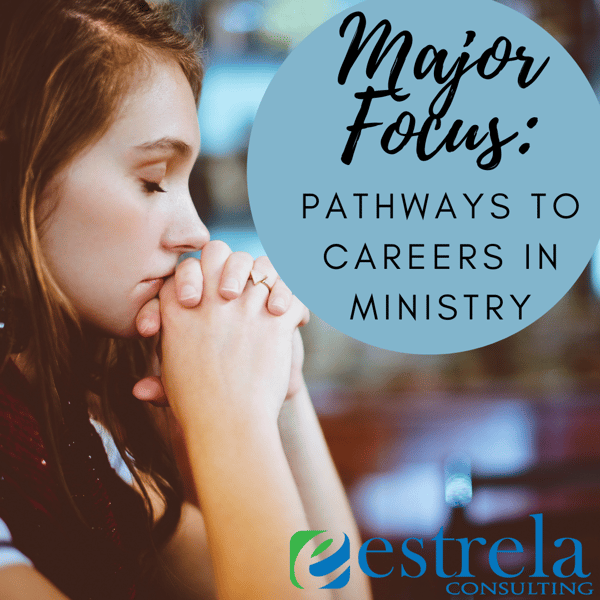 If you are considering a career in ministry or divinity, where should you actually start? Since most jobs eventually require a seminary or graduate-level degree, having a good foundational undergraduate major will set you on the right path to your profession. Depending on where you ultimately want to go, here are 5 great options to consider:

For the Absolute Traditionalist: Liberal Arts

There is a reason the College of Liberal Arts at any university is typically one of the largest - their programs are often the most applicable to any career path. Majors such as History, English, Philosophy, or Religious Studies are frequently broad enough programs to allow space for additional electives to customize your education. They are also foundational to many seminary courses, such as church history, world religions, theology, or understanding ancient texts.

Any graduate-level program involves large amounts of reading, and seminary is no exception. Studying religious texts requires going back to the original language, which is often not English! Majoring in a classical language - Greek, Latin, Arabic, or even Hebrew - will give you an extra leg up as you begin graduate-level programs. Programs in Linguistics - quite literally the study of language - go a step further and can lead to careers in language translation and interpretation of ancient texts.

For the People Person: Social Sciences

Careers in ministry often involve working with lots of people on a regular basis at a deeper emotional level than most careers. Programs such as psychology and sociology are an introduction to how the mind works and the associated behaviors of humans - all relevant topics for career paths in counseling or social work. Youth and children’s ministers also work with younger populations in their most formative years, so having a solid understanding of what makes people tick is critical.

For the Outdoors Adventurer: Parks & Recreation

This isn’t the study of Pawnee, Indiana, but rather how parks and conference centers operate. Many religious camps are located in retreat centers that are managed by regular on-site staff who are responsible for a variety of behind-the-scenes work such as event coordination, activity programming, and general site logistics. Recreation, Parks, & Tourism Sciences programs are designed to give you an introduction to this industry, and is directly applicable to jobs at any sort of ministry conference center.

For the Fallback Planner: Music or Education

Maybe you aren’t 100% sure you want to go into ministry, but really like the idea of religion as an integral part of your everyday life. Private religious schools still require teachers to complete a licensure and gain certification to teach, so whether you end up at a religiously-based school or not, you can still utilize your degree. Almost all religious services also have some musical component, so improving your musical talents is a valuable skill if you would like to perform, conduct, or lead music on a regular basis in or outside a religious environment.

Need help deciding between the 5? That’s where we can help! Not only do you want to be sure your college applications are good to go, but it’s important to feel confident in the major that you choose, too. Reviewing career and interest assessments is a regular part of our work and pivotal to choosing the right college major!